PowerCell Sweden AB (publ) has received an order from Nilsson Energy for a PowerCell PS-5 fuel cell system. The system will contribute to make a million homes programme house in Vårgårda self-sufficient in renewable energy.

“Fuel cells and hydrogen will play a decisive role in the transition to a fossil-free and sustainable society. The project in Vårgårda is truly exciting and yet another testimony to the many possibilities that the fuel cell technology offers,” said Per Wassén, CEO of PowerCell.

The municipal housing company Vårgårda Bostäder, together with Nilsson Energy, is currently working on making several houses of the million homes programme self-sufficient on renewable energy. The properties are owned by the municipal housing company Vårgårda Bostäder, while Nilsson Energy is responsible for systems and integration. The first house is now being renovated and the ordered fuel cell system will be used there. In total, six houses with 29 apartments each will be renovated, and the plan is to install fuel cells in each house. The hydrogen will be stored in a building separated from the residential buildings.

The houses are initially two-story buildings but are now being expanded with a third floor to accommodate more apartments and new roofs optimized for the use of solar cells. At the same time, the houses are being made more energy-efficient. The energy that is not used during the summer will be converted to hydrogen and stored. In the winter, the stored hydrogen will be used to run fuel cells which will generate both electricity and heat. The houses will become fully self-sufficient in electricity and heat.

"This is a very exciting project that in a very tangible way shows the huge potential and benefits of hydrogen-fuelled fuel cells," Per Wassén, CEO of PowerCell, said. "These houses will produce all the energy they need and will become off grid, that is, disconnected from the grid and completely self-sufficient in electricity and heat. Increased domestic production of hydrogen by means of solar and wind energy, together with fuel cells, could create a society without any negative impact on our environment and our climate. This is technology that truly can help save our planet.”

The work of rebuilding the million homes program houses in Vårgårda has already started and the first house is expected to be ready for occupancy during autumn-winter.

The houses in Vårgårda are not the only ones that will be self-sufficient in energy using hydrogen and fuel cells. PowerCell has already delivered a fuel cell system to Skellefteå Kraft’s Zero Sun Project. Zero Sun is a house that has been specifically designed and built for the use of hydrogen and fuel cells. Also, this house will be completely self-sufficient in energy using the sun and with hydrogen as an energy carrier. Despite being built in the northern part of Sweden, this house will produce enough energy during the summer to cover the need for heat and electricity during the cold and dark winter months.

PowerCell PS-5 has been developed to meet the need to generate electricity on an environmentally friendly, silent and reliable basis. The system can be used as a back-up power generator for telecom and traffic systems, but also as a generator for buildings and households. PowerCell PS-5 is available in three versions and facilitates increased use of renewable energy, if it is integrated with e.g. solar panels. The system is based on the PowerCell S2 robust fuel cell stack. 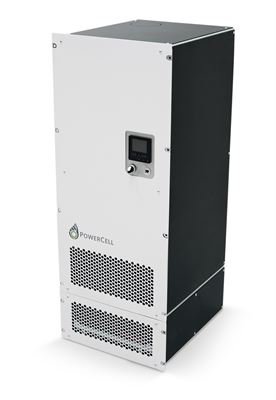 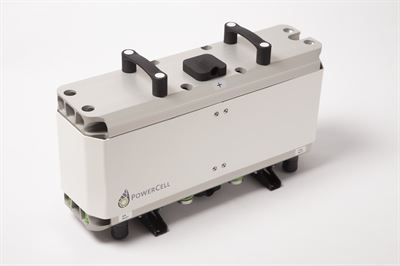