The leading Nordic fuel cell company PowerCell Sweden AB (publ) participates in the German AutoStack-Industrie project to develop a fuel cell platform for the automotive industry. When the project was launched last week, PowerCell’s Per Ekdunge was one of the introductory speakers.

Last week, the project AutoStack-Industrie was launched in Berlin by Norbert Barthle, State Secretary at the Ministry for Traffic and Digital Infrastructure. In connection with the launch, Per Ekdunge, one of PowerCell's founders and CEO of PowerCell's German subsidiary, held one of three presentations. Per represented the network's five component suppliers.

"This is a network that includes everything from nanoscale component manufacturers to the delivering of complete fuel cell stacks. Together we have previously shown that we are extremely successful partners. AutoStack-Industrie leads to a common fuel cell platform that allows the automotive industry to replace fossil fuels with hydrogen", said Per Ekdunge.

The aim of the cooperation is to create even closer cooperation with the customers and together strengthen the position as global engineering leader of key components for fuel cell technology.

"As early as 2021, the automotive industry will have access to clean technology that will make water the only emission from cars", said Per Ekdunge.

The group of component suppliers include, in addition to PowerCell: Freudenberg, Dana, Umicore and Greenerity. 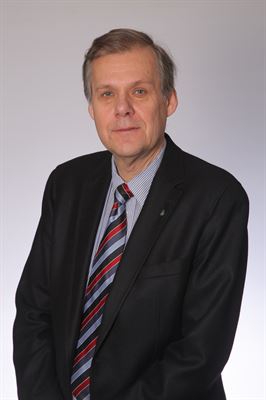 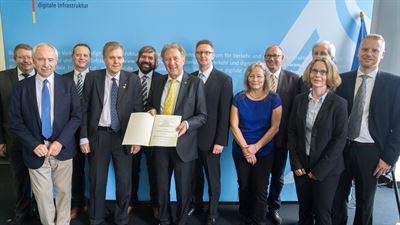