PowerCell Sweden AB (publ) will participate in the EU funded 5-year long project H2Haul. The project comprises different types of heavy-duty trucks that will be electrified using fuel cells and hydrogen and the trucks will be field-tested in daily operations by major logistics and retail companies in several European countries.

“That PowerCell has been appointed to participate in a project regarding fuel cell electrification of heavy-duty trucks, is further proof of our leading position within fuel cell technology”, Per Wassén, CEO of PowerCell said.

The H2Haul project is launched by a European consortium in which two European manufacturers IVECO (supported by sister company Fiat Powertrain Industrial) and VDL, will design, build, and test three new types of fuel cell electric heavy-duty trucks, including rigid and articulated vehicles up to 44 tonnes.

A total of 16 vehicles will be tested in real-world operations by logistic and retail companies at sites in Belgium, France, Germany, and Switzerland. The innovative hydrogen refuelling stations that will be deployed within the project will offer rapid, high capacity fuelling and thus support the demonstration of how fuel cell trucks can operate as direct replacements for diesel vehicles. Fuel cell trucks offer the same refuelling time, operating range and payload capacity as fossil fuel trucks but with water as the only emission.

The project, coordinated by Element Energy, has been made possible by a grant of €12m from the Fuel Cells and Hydrogen Joint Undertaking (FCH JU). The FCH JU is a unique public private partnership supporting research, technological development and demonstration (RTD) activities in fuel cell and hydrogen energy technologies in Europe. Its aim is to accelerate the market introduction of these technologies, realising their potential as an instrument in achieving a carbon-lean energy system.

PowerCell Sweden AB (publ) develops and produces fuel cell stacks and systems for stationary and mobile applications with a world class energy density. The fuel cells are powered by hydrogen, pure or reformed, and produce electricity and heat with no emissions other than water. As the stacks and systems are compact, modular and scalable, they are easily adjusted to any customer need.

PowerCell was founded in 2008 as an industrial spinout from the Volvo Group. The share (PCELL) is since 2014 subject to trade at Nasdaq First North Growth Market, Stockholm. G&W Fondkommission is Certified Adviser, e-mail: ca@gwkapital.se, phone: +46 8 503 000 50. 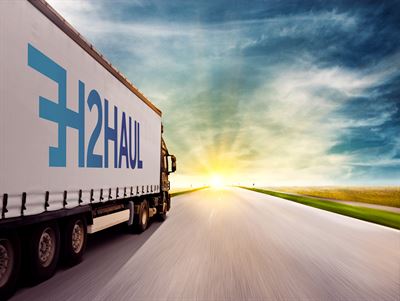