PowerCell Sweden AB (publ) has together with the Swedish truck maker Scania, the refuse company Renova and the truck superstructure company JOAB, initiated a joint project to build an electric refuse truck where both the propulsion and compactor run on electricity produced by fuel cells. The refuse truck will be operated by the waste handling company Renova in Göteborg and the project has been granted funding by the Swedish Energy Agency.

“With fuel cells and hydrogen we can electrify heavy-duty commercial vehicles without loss of either payload capacity or range and with a refuelling time that equals that of vehicles running on fossil fuels”, Andreas Bodén, Director of Sales at PowerCell said.

The English version is an in house-translation. In case of any discrepancy, the Swedish text will prevail

To help fund the project to build an electrified truck the four companies have jointly applied for aand been granted a governmental subsidy from the Swedish Energy Agency within the framework, Strategic Vehicle Research and Innovation, FFI. FFI is a partnership between the Swedish Government and the automotive industry for the joint funding of research, innovation and development. FFI focuses on the areas of Climate, Environment and Safety. The Royal Institute of Technology, KTH, will also participate in the project which comprises development, construction and operation of the truck. The fuel cell refuse truck is expected to be delivered in the end of 2019/beginning of 2020.

“Electrification using fuel cells and hydrogen is a very interesting alternative for heavy-duty commercial vehicles such as refuse trucks”, Hans Zackrisson, Head of development at Renova, said. “The trucks get all the advantages of an electric vehicle but at the same time keep some of the benefits of propulsion using fossil fuels, like range, running time and payload capacity.”

Refuse trucks often operate in housing areas and during early hours and provide an attractive case for electrification as an electric drive results in both a reduction of noise and emissions. Renova and other refuse companies have prior carried out field tests with electric refuse trucks, but this is the first time the electrification will be done using fuel cells.

Pending a more comprehensive network of hydrogen filling stations, the CEO of PowerCell, Per Wassén, sees refuse trucks as an ideal first step in the electrification of heavy-duty commercial vehicles.

“Refuse trucks operate on fixed routes and always return to the starting point at the end of the shift, which greatly reduce their dependency on external filling stations. As the network of hydrogen filling stations is expanding across Europe, propulsion using fuel cells will become a very attractive alternative and pave the way for the unavoidable transformation of the commercial vehicle industry.”

About PowerCell Sweden AB (publ)
PowerCell Sweden AB (publ) develops and produces fuel cell stacks and systems for stationary and mobile applications with a world class energy density. The fuel cells are powered by hydrogen, pure or reformed, and produce electricity and heat with no emissions other than water. As the stacks and systems are compact, modular and scalable, they are easily adjusted to any customer need.
PowerCell was founded in 2008 as an industrial spinout from the Volvo Group. The share (PCELL) is since 2014 subject to trade at Nasdaq First North Stockholm with G&W Fondkommission as Certified Adviser. 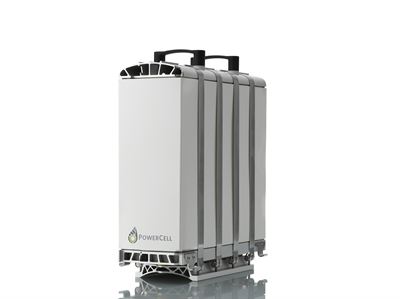 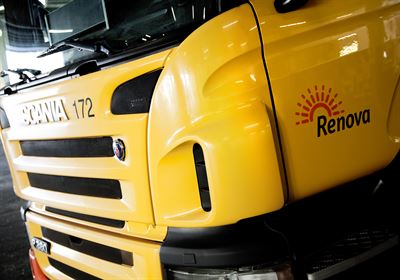