Presentation of PowerCell PS-5 at the Hannover Fair

PowerCell continues to create products based on the company's unique fuel cell technology. At the Hannover Fair 24-28 April, the company is displaying its new PowerCell PS-5 that generates electricity in a sustainable way, with no emissions other than water. The system has a wide range of applications and can be used as a spare power generator for small and medium-sized enterprises, but also as part of a system for storing energy from intermittent sources such as wind and solar power.

"The fuel cell system is robust and has been developed for a long time by our highly qualified employees. The system has been tested as prototype in an energy-efficient property outside Gothenburg since 2015. The homeowner has been able to free himself from the electricity grid", says Per Wassén, CEO of PowerCell Sweden AB.

"I installed the PowerCell PS-5 prototype in my own property. Solar panels power an electrolyzer that generates hydrogen and thus store the energy from the solar cells. When needed, I run the fuel cell system on the stored hydrogen and get all the electricity and heat I need. I manage completely without other energy sources and I'm off the grid", says Hans-Olof Nilsson.

As of the Hannover Fair, PowerCell offers deliverance of the PS-5 fuel cell system.

About PowerCell PS-5
PowerCell PS-5 is a fuel cell system based on the robust PowerCell S2 stack. The system is designed to meet the need for eco-friendly, silent and reliable electricity generation and back-up systems for buildings, households, telecommunications and traffic systems. The system facilitates increased use of renewable energy, as it is possible to integrate with photovoltaics. The PowerCell PS-5 is reliable and safe, and is delivered with a fully automated control system. The fuel cell system is adapted to customer needs and is delivered in power classes 1.6, 3.3 or 5.0 kW, with voltage levels 24 or 48 VDC as well as with liquid or air-based cooling systems.

This information is insider information that PowerCell Sweden AB (Publ) is obliged to make public pursuant to the EU Market Abuse Regulation. The information was submitted for publication, through the agency of the contact person set out above, at 08:45 CET on April 19, 2017.

PowerCell Sweden AB (publ) is listed on First North at Nasdaq Stockholm and is an industrial spinout from the Volvo Group. G&W Fondkommission is appointed Certified Adviser by the Company. Among the largest owners are Midroc New Technology, Fouriertransform, Finindus and Volvo Group Venture Capital. For additional information, please visit: www.powercell.se. 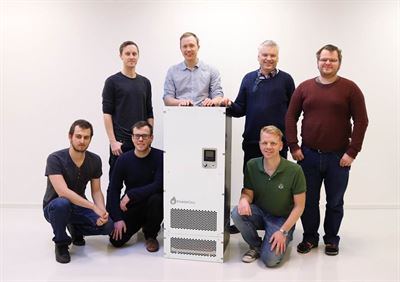 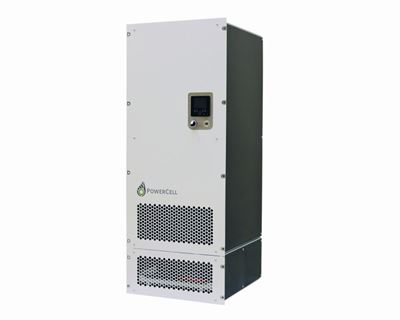